Rehabilitation of Route 46 over Piaget Avenue

This project involved Final Design Phase services for the rehabilitation of a bridge carrying Route 46 over Piaget Avenue in Clifton, New Jersey. The original bridge was constructed in 1940 as a single span structure comprised of concrete encased rolled steel stringers and skewed at approximately 45 degrees. The scope of work included the replacement of the entire superstructure, including the girders, bearings, parapets, sidewalks, curbs, and bridge deck. MP Engineers and Architects provided Final Design and Construction Support Services, which involved the following tasks: Field Reconnaissance/Bridge Inspection Contract Management Coordination of Structural Plans with the Roadway Plans Prepared by a Subconsultant Lighting Design of Route 46 and Cross-Street Coordination of utility relocations with Verizon, PSE&G and Cross River Data. Development of proposed staging plan, Maintenance and Protection of Traffic Design including off-site detour, and coordination with local school and municipal authorities Superstructure Replacement Design including Bridge Deck, Girders, Diaphragms and Bearings Structural Plans/Specification Development Preparation of Construction Schedule Schedule Monitoring Preparation of Structural Quantity Calculations/Take-offs Preparation of Construction Cost Estimate including Unit Costs Design Communication Report Progress Reporting and Invoices Roadway work consisted of guiderail improvements at the four corners of the bridge, design of a new sidewalk linking Route 46 westbound with the nearby middle school, development of profiles and cross sections for Route 46, pavement transitions to accommodate the new approach slabs, a new crossing across Piaget Avenue Ramp, ADA compliant design of all street crossings and replacement of drainage grates to meet NJDEP criteria. In order to minimize traffic and pedestrian related impacts and avoid any school access issues, Accelerated Bridge Construction (ABC) method was used and Prefabricated Superstructure Units (PSU) were utilized for the construction of the new bridge. This significantly reduced construction time and enabled the restriction of work to summer months when school was not in session. The eastbound half of the bridge was constructed in a single weekend closure and the entire westbound half of the bridge was constructed during a second weekend closure. The shutdown of all lanes of traffic of Route 46; first in the eastbound direction for the first ABC weekend and then in the westbound direction for the second ABC weekend, required the design of both a local and a regional detour to be developed for each of these ABC weekends. The shutdown of the Piaget Avenue Ramp under Route 46 also required a local detour route to be developed. This project won the ACEC NJ’s Engineering Excellence Honor Award in the Structural Systems, Large Project Category 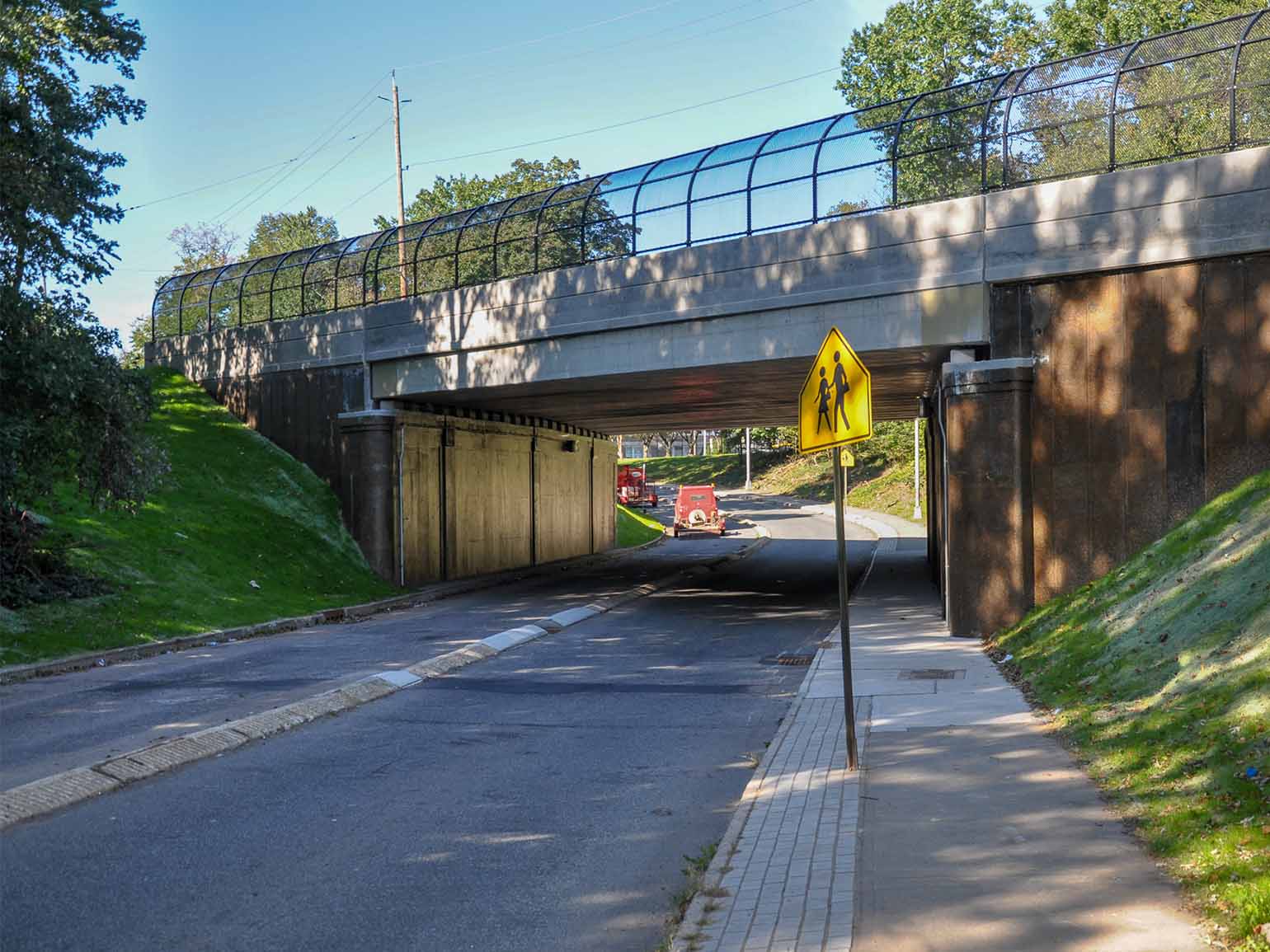